A sudden change in the colour of the Bosphorus Strait has been reported from Istanbul, Turkey. The usually blue waters of the Bosphorus have been transformed to a milky turquoise since the weekend reportedly alarming some residents. This colour change is the result of a surge in a species of plankton across the Black Sea. The species responsible is Emiliania huxleyi (sometimes referred to as Ehux), a type of phytoplankton known as a coccolithophore and the most abundant and widespread of coccolithophore species.

Nasa describes the phytoplankton bloom as being an annual occurrence driven by a seasonal increase in reflectivity of the Black Sea, with peak brightness occurring in June, and that it’s consistent with recent years, although this manifestation would appear to be the brightest of the past five years. 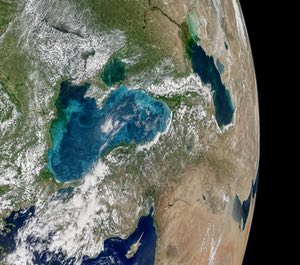 Mosaic satellite image of the phytoplankton bloom in the Black Sea. Image: NASA

Emiliania huxleyi  is named after Thomas Huxley and Cesare Emiliani, who were the first to examine sea-bottom sediment and discover the coccoliths within it. Emiliania huxleyi is plated with white calcium carbonate coccoliths and, when present in large numbers, gives the water a milky sheen, changing its colour. 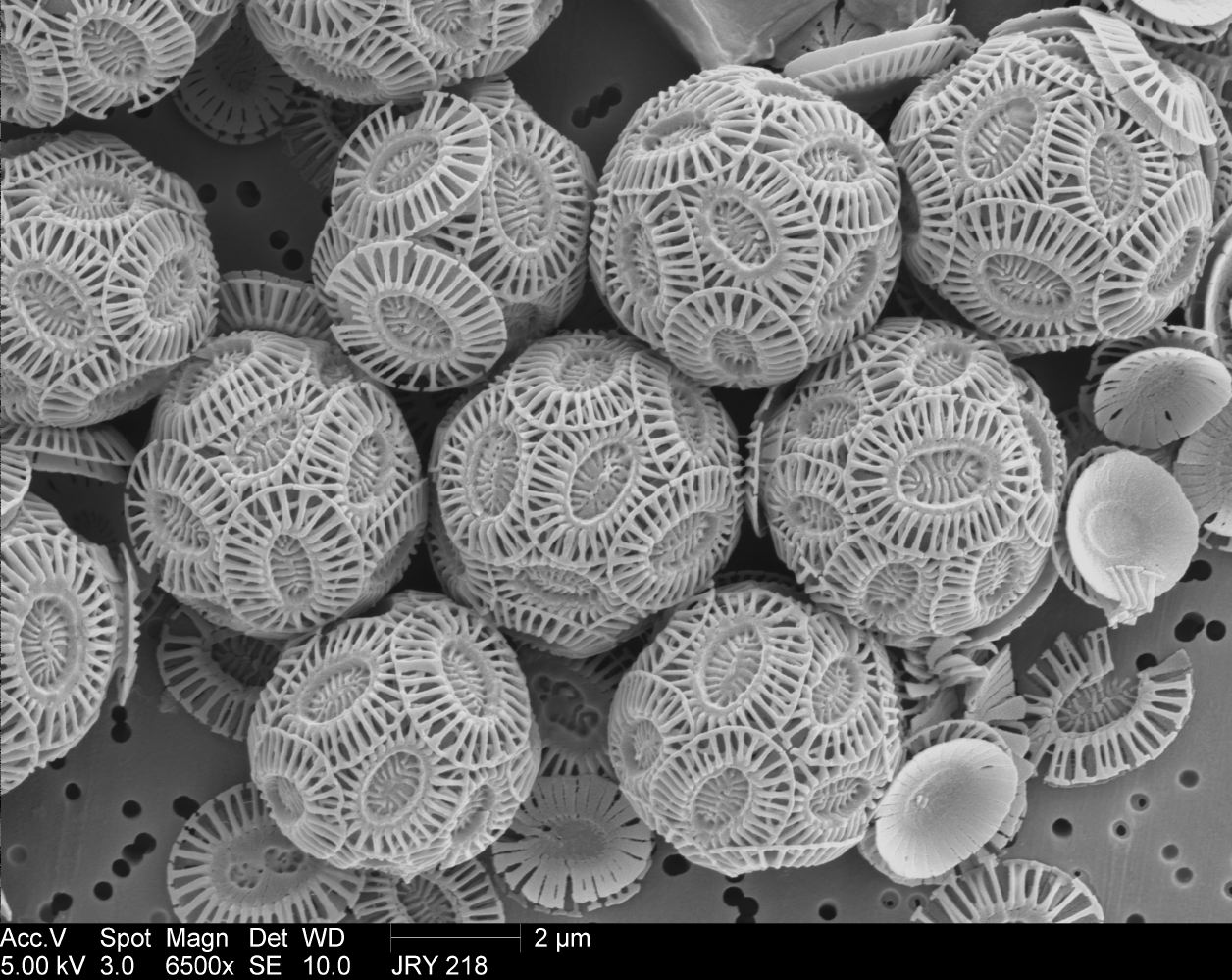 Coccolithophore – any of the many minute, mostly marine, planktonic organisms with brown chromatophores and complex calcareous shells. Coccoliths are the individual plates of calcium carbonate formed by coccolithophores, single-celled algae such as Emiliania huxleyi, which are arranged around them in a coccosphere. The name was coined in 1868 by Thomas Huxley to describe the minute round or oval disk-like organic bodies found in deep-sea dredging, and also fossilized in chalk.