Millions of glowing sea creatures called pyrosomes have started to “bloom” off the coast of the Pacific Northwest of the US and Canada.

The creatures are filling up fishing nets, clogging hooks and research gear and befuddling scientists who have no idea why populations of the tube-like organisms are exploding.

“Call it the invasion of the pyrosomes,” writes Michael Milstein in a post on the National Oceanic and Atmospheric Administration’s (NOAA) Northwest Fisheries Science Center website.

They started to show up in the spring and in the past month or two, swarms of the animals been spotted all over the region.

Pyrosomes are pelagic colonial tunicates. A colony can grow up to 60 cm in length, forming a distinctive rigid tube that may be colorless, pink, grayish or blue-green. One end is closed and tapered, with the opposing open end having a diaphragm. The colony comprises of numerous individual organisms known as zooids around 8.5 mm long and is capable of emitting a bright bioluminescence. 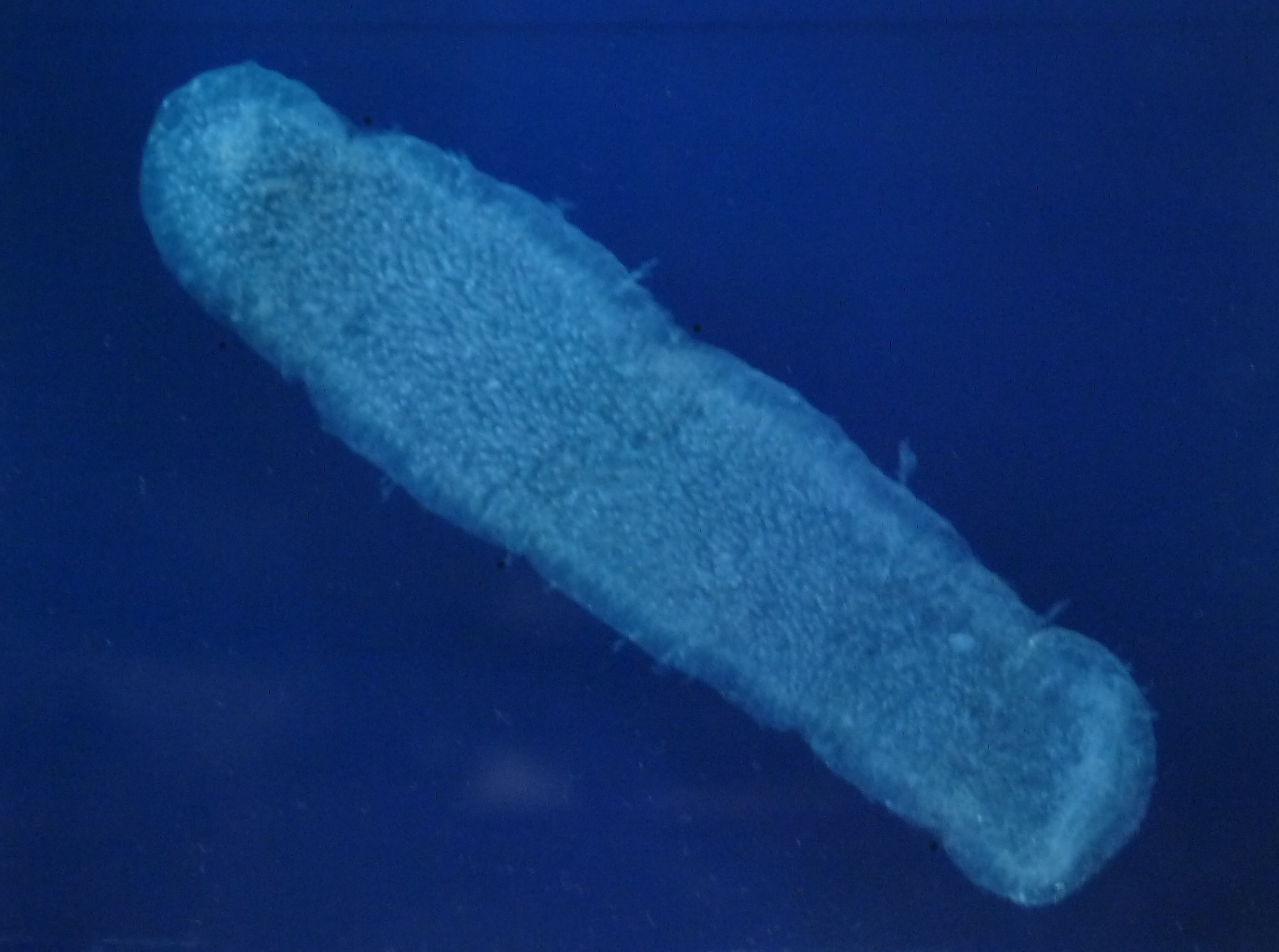 Tunicates are curious creatures and include numerous species with different forms and lifestyles including the sessile Sea squirts and Sea tulips along with the mobile Salps. Although at first glance they would appear to be some form of invertebrate they are classified as belonging to the Phylum Chordata making them related to vertebrates such as mammals, fishes, reptiles, and birds. The reason for this classification is that the mobile tunicate larvae possess a structure called a notochord which, in the vertebrates, develops into the vertebral column, more widely referred to as the backbone or spine.

As the species responsible for the current bloom has not been specifically named, for the purpose of this edition of “Aquatic scientific names in the news …” I’m exploring the etymology of the type species of pyrosome, Pyrosoma atlanticum which is likely the species in question.

atlanticum – Latin, atlanticus, of the Atlas mountains – Atlas, Atlantis, western limits of the classical Old World; of or from the Atlantic Ocean (modern).